The experts’ consensus was that NAFTA 2.0 negotiations were going to be restarted in the fall of 2018, probably after the US mid-term elections in early November, especially since the US and China were slowly working out their differences during spring of 2018.

Summer came and with it a worsening trade war with China that threatens to make consumer goods increasingly more expensive in the USA. In general, we will be looking at a deteriorating export trade profile in the US that could derail the very strong US economy even before November 2018.

After a very weak truce with the EU, Trump apparently wants to have a “big trade deal win” and NAFTA seems to be ripe given that Mexico voted in July for a leftist-nationalist in Andres Manuel Lopez Obrador (“AMLO”).

Trump’s patience paid off: Mexico for the first time accepted the premise to negotiate that a certain percentage of the vehicle has to be made at a country where 35-40% of the vehicle’s content was made in a “high wage area”. This is surely a NAFTA breakthrough for the Trump Administration.

This is a quick view of NAFTA’S most important topics:

Not being discussed officially yet, but it is considered the “mother of all red lines” in the NAFTA negotiation. It is quite possible that a periodic review mechanism where each country can call it a “win” would be agreed.

The parties are apparently looking for a landing zone for NAFTA content thresholds (between 62.5 and 80%) + (even higher thresholds for special major components related to engines, electrical motors, high-tech batteries, ECUs, and other 21st century automotive technologies, etc.) + minimum hourly wage requirements in auto industry (which would require a modification of NAFTA) as these types of economic performance requirements would have to be implemented both in NAFTA texts and legislation in Mexico regarding minimum wages.

The US wants to kill Chapter 19 – though it’s one of the most important parts of NAFTA for Canada – and wants to make Chapter 11 optional. Canada and Mexico have proposed having their own side-deal on Chapter 11, meaning their companies could have rights that US firms do not. It may come down to a tradeoff if Trump wants to keep Canada in the NAFTA 2.0: US would have to keep some anti-dumping measures in exchange for watering down Chapter 11.

No one expects huge changes here. If they happen, it would be surprising and only maybe as a response to AMLO’s calls to cancel many defense related purchases and imports (helicopters, armaments, high-tech surveillance equipment, etc.).

There are close to 30 chapters that have been part of the renegotiation of NAFTA, but these are the most important items for now. We will keep you posted on the progress of many of them, so don’t forget to sign up for our newsletter! 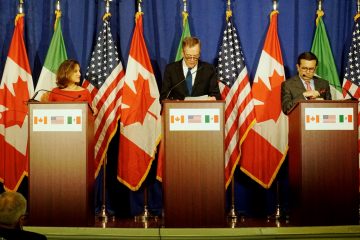 What was all the fuss about NAFTA 2.0? 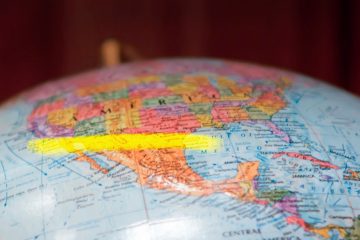 The Return of the “Zona Libre” to Mexico’s Northern Border

July’s Presidential election in Mexico was peaceful, decisive and exemplary. With 53% of the vote and the majority of both Federal Houses of Congress in Mexico, the MORENA party should have a ready hand to Read more… 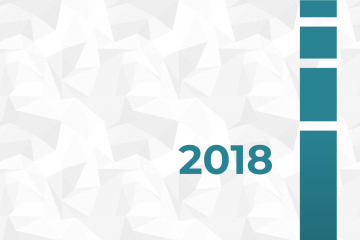 Look for major decisions to be made in April or May that will decide the fate of NAFTA for good (or worse). The following timeline shows the key dates to look forward to this year Read more…